Dropping the Donuts? The Story Behind the Dunkin’ Donuts Name Change 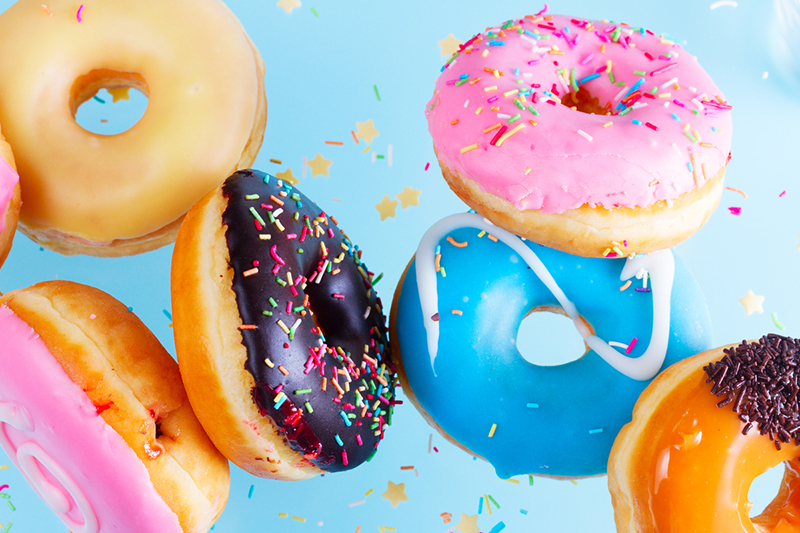 Dropping the Donuts? The Story Behind the Dunkin’ Donuts Name Change

You may have heard that Dunkin’ Donuts is dropping the Donuts. But don’t worry—its only dropping them in the name. Doughnuts are still on the menu -- the company is renaming itself simply Dunkin' to reflect its increasing emphasis on coffee and other drinks.

The Dunkin’ Donuts name change is getting a lot of attention, with a lot of people asking why an established brand (Dunkin is a senior citizen at 68) would consider a rebrand. The answer is pretty simple: The company needs to rebrand to stay relevant to younger customers. They’ve been stuck in the middle between fast food coffee at McDonalds and higher end offerings at Starbucks. Plus, their market is becoming more health conscious. So bottom line, Dunkin is rebranding to go after the Starbucks market share.

The Dunkin’ Donuts rebranding effort involves a lot more than the name, and it isn’t happening overnight. The restaurant has used “Dunkin’” in its tagline “America Runs on Dunkin’,” since 2006 and found that customers liked the shortened name. And for the past two years, Dunkin’ Donuts has implemented a series of other changes, including:

Changing some things up in store and out in the drive-through is also part of their rebranding efforts:

But not everything is changing. The 68-year-old chain says its new Dunkin’ logo will still have the familiar rounded font and orange-and-pink color scheme that the company has used since 1973.

Why the Dunkin Donuts Name Change Is a Good Move

The Dunkin Donuts name change decision is a good move for a number of reasons. Simplifying or removing the word Donuts from their name signals a move to simplify their offerings, while putting more of a focus on beverages. Other changes make them more attractive to the on-the-go consumer who is looking for great coffee. They are positioning themselves as an alternative to Starbucks. And honestly, if we can get a no whip tall soy latte from Dunkin for less money than at Starbucks, we’re there.

Another good move is the fact that they are phasing in the rebrand. They announced the name change, but it doesn’t officially go into effect until January 2019. At that time, the new branding will go into effect on their packaging, in their advertising, on their website, and in their newly remodeled franchise locations.

Other Brands That Have Successfully Changed Their Name

The Dunkin’ Donuts name change made us put on our thinking caps to think of other brands that have successfully changed their name. This might be by dropping or changing a word, or going to an acronym. Remember Kentucky Fried Chicken? Now it’s simply KFC, which is easier to say and remember, but you still know you’re getting that delicious fried chicken from Colonel Sanders.

Then of course there is Apple Computers, which changed its name to Apple, Inc. when the company started in on the ground floor of the smartphone industry. The brand now of course is much more than computers, with smartphones, the Apple Watch, Apple TV, and many more offerings. Apple Inc. encompasses every technology they come up with.

Should You Consider a Name Change or Rebranding?

All the cool kids are doing it. No seriously, the Dun

If your company has been in business awhile, are you still offering the same products and services you did at the very beginning? Has your business focus changed? Are you looking to target a different market than you were originally? Do you think maybe it’s time to rethink your brand?

If you answered yes to any of those questions, you may want to consider rebranding. But before you erase the whiteboard and start brainstorming, consider a close look at these three critical areas.

Today, marketing is a process that involves more than one discipline to get results. It requires a synchronized approach that utilizes three core areas:

We’ve been working with a client recently that recently changed their company name because it didn’t really reflect the breadth of their services. And the name change, along with a new website and new marketing materials that truly reflect their brand has helped them to increase their business enormously.

Dunkin’ Donuts is doing the same thing. They don’t want to be pigeon holed as a donut shop. They want to be known for their increased beverage selection and fast and easy customer experience.

For the next few months, we will be featuring some of the brands we have had the pleasure of…

The Quaker Oats Company and parent company, PepsiCo, raised eyebrows with their recent rebrand of…

Is Your Company Ready for a Rebrand?

Clients come to Brand3 with a problem: sale goals are not being reached, their website and visuals…